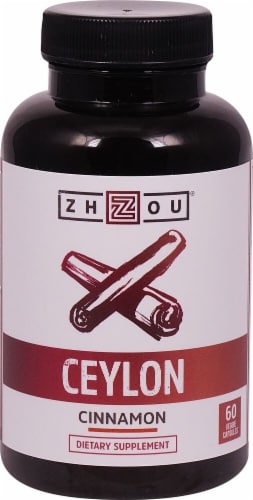 Healthy Blood Sugar: Ceylon Cinnamon is a powerful anti-oxidant that may be helpful in supporting healthy blood glucose levels, heart health, and healthy joints. These are just a few of the MANY impressive potential health benefits of one of the most beloved spices on the planet.

Not Your Average (Cassia) Cinnamon: Many people who seek the health benefits of cinnamon will consume larger amounts to maximize their results. Unfortunately, the cinnamon that is commonly sold and used for baking (cassia cinnamon) contains a much larger concentration of coumarin, which may be toxic when taken as a supplement or used consistently in large amounts.

Convenient & Delicious: This supplement comes in easy-to-swallow capsules for convenient daily doses of ceylon cinnamon. However, if you are in the mood for cinnamon, try opening the capsule and sprinkling on top of toast, cereal, or another favorite recipe. The unique flavor is often described as more sophisticated than the more common cassia cinnamon you will find in most grocery stores. Try it for yourself!