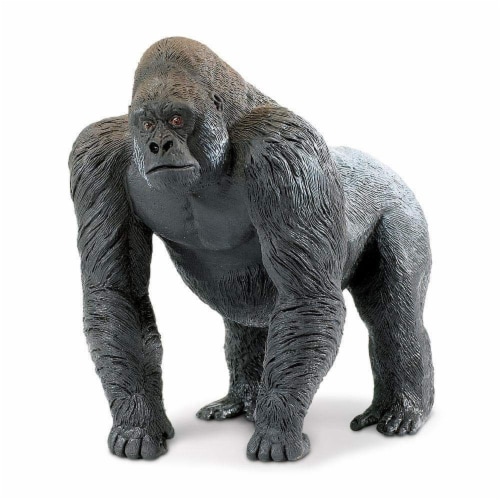 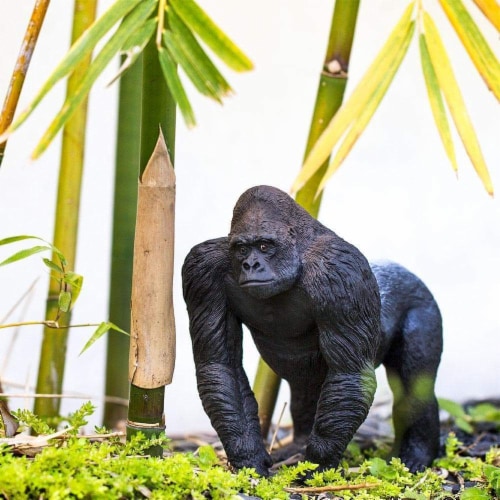 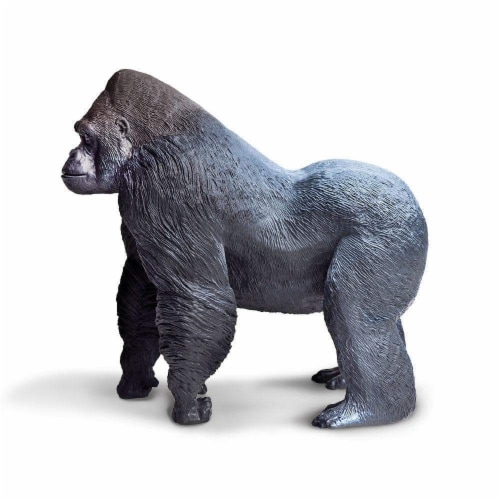 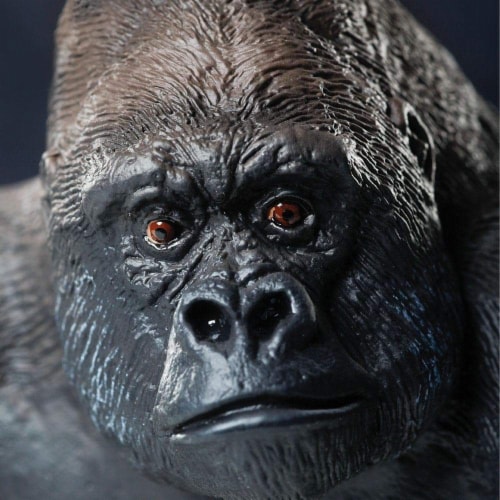 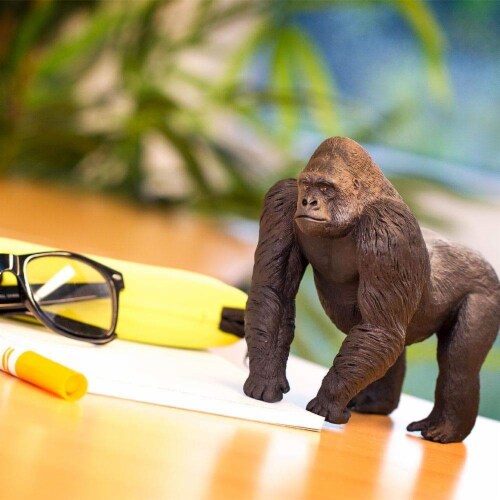 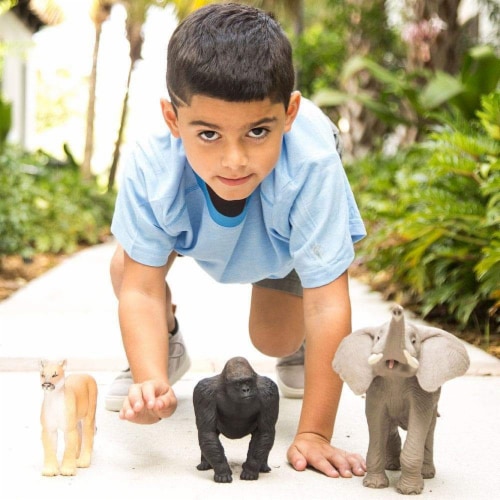 Did you know that silverback gorillas, identifiable by the patch of silver hair on their backs, are exclusively male? Close related to humans, gorillas are a highly intelligent animal that can learn sign language, problem solving, and are capable of exhibiting emotion. History: Native to the forest of central Africa, gorillas are split up into two species: the eastern and western gorilla. Despite many efforts made to stabilize the gorilla population, including multiple national parks and strict anti-poaching laws, eastern gorillas are considered endangered while western gorillas are critically endangered. Like many vulnerable animal species the largest threat to gorillas is severe habitat destruction, although illegal poaching is also incredibly detrimental to their numbers. Scientific Name: Gorilla gorilla Characteristics: Designed to capture not only the physical attributes of the silverback gorilla but its intelligence as well, this artfully crafted and painted silverback gorilla figurine features the emotive eyes characteristic of this amazing animal. Although he may not be able to communicate through sign language, you can still see the strong personality radiating from this gorilla's face. Size: Measuring 5.85 inches long, 3.75 inches wide and 6.25 inches tall, our silverback gorilla toy model is a bit longer and wider than a soda can on its side, and about as tall as a dollar bill held upright. The Silverback Gorilla is part of the Wild Wildlife collection. All of our products are Non-toxic and BPA free.