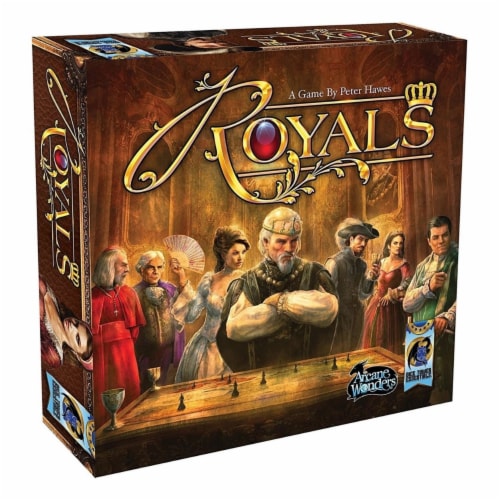 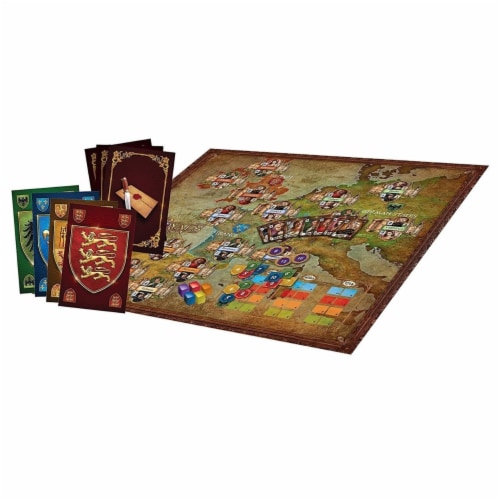 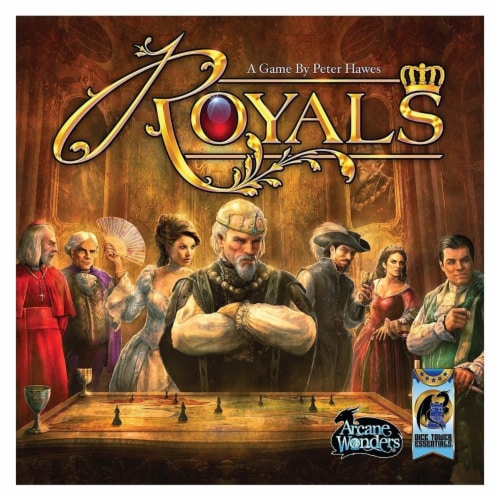 Feature: In Royals, players take on the roles of the great noble houses of the 17th century, fighting for supremacy in Europe at that time.Feature: With the help of the right country cards, they occupy influential positions and obtain bonuses for this in the form of victory points.Feature: The higher the rank of the title associated with the position, the more country cards required. Already-occupied positions can be contested by playing intrigue cards.Feature: The game proceeds over three periods, with a scoring taking place after each of them. During scoring, the players with the greatest influence in each of the four countries score victory pointsFeature: After the third period scoring, the game ends with the scoring of the individual titles. The player with the most victory points wins.Feature: Highly accessible game that uses territory control, set collection, and influence mechanicsFeature: Designed by world famous board game designer Peter HawesFeature: For Ages 14+Manufacturer: Arcane WondersModel: Royals Board GameMPN: DTE04ROAWGUPC: 853211004363EAN: 0853211004363