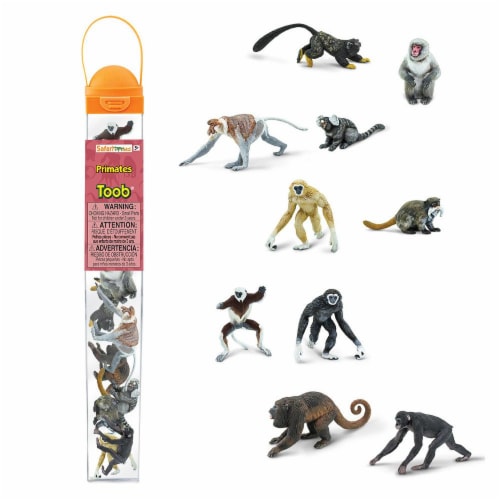 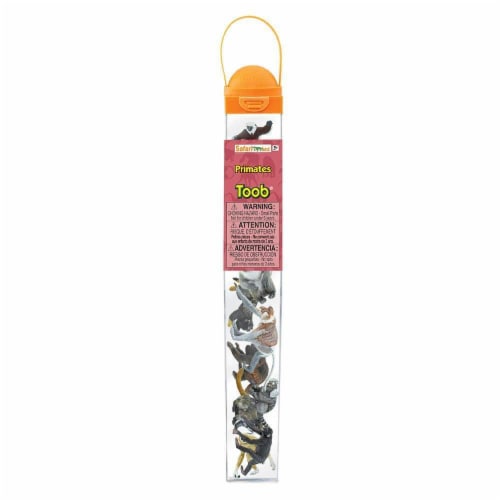 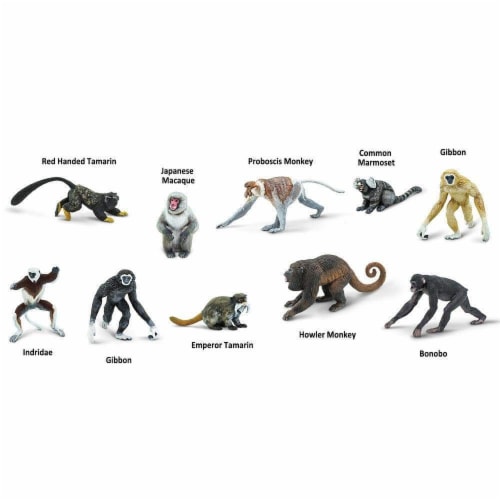 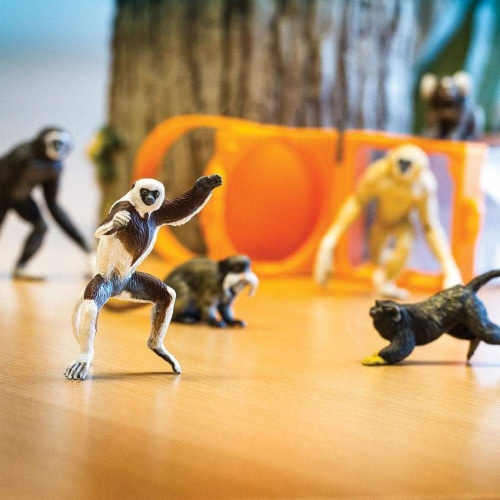 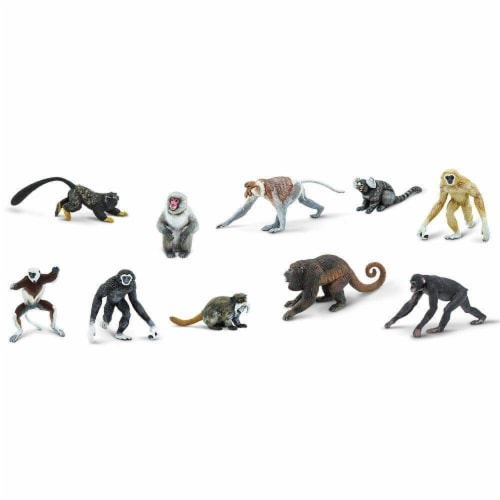 The Primates are an order of mammals that includes lemurs, monkeys, apes, and humans! Primates have large brains compared to other mammals, and unlike most other mammals they rely primarily on vision instead of their sense of smell. Many primates feature opposable thumbs to help them grasp things and all but the apes have tails. History: Primates are among the most intelligent mammals, featuring a larger brain size relative to their body size than most other mammals. The more primitive primates include the lemurs and tarsiers, while the more advanced primates, called simians, include monkeys, apes, and even humans. There is much variation among primates with regards to size and shape, from the tiny tamarins to the larger apes. Characteristics: The primates in this TOOB span from lemurs to monkeys to apes. It includes ten pieces: The Indri, a Japanese Macaque, a Howler Monkey, a Common Marmoset, a Red-handed Tamarin, an Emperor Tamarin, a Proboscis Monkey, a Bonobo, and two Gibbons. The Indriidae is a lemur (specifically a Coquerel's Sifaka), while the Bonobo and Gibbons are apes. The rest are monkeys. These miniature figures are posed dynamically and feature scientifically accurate, highly detailed sculpting that makes them great Montessori toys for lessons about the natural world. Size: 1 Â½ inches long, 1 Â½ inches wide, and 13 inches tall, this TOOBÂ® is a little larger than the size of a standard American ruler. The Primates TOOB includes 10 figures measuring between 2 and 3 inches long. All of our products are Non-toxic and BPA free 10 pieces per TOOBÂ®. Contents Cannot Be Purchased Individually.