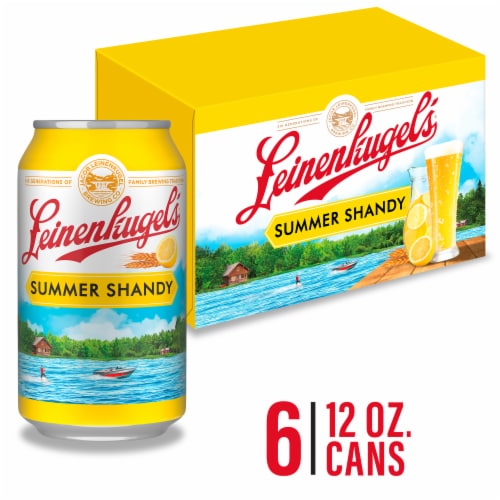 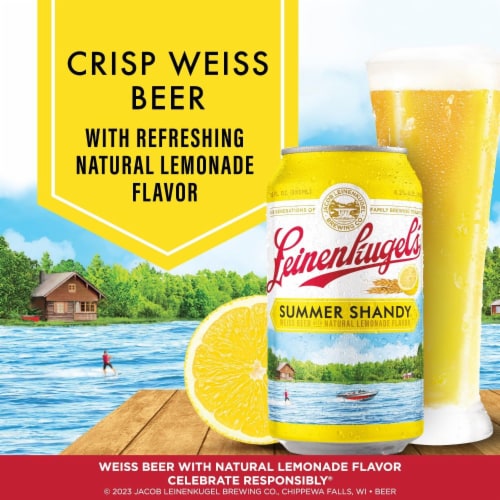 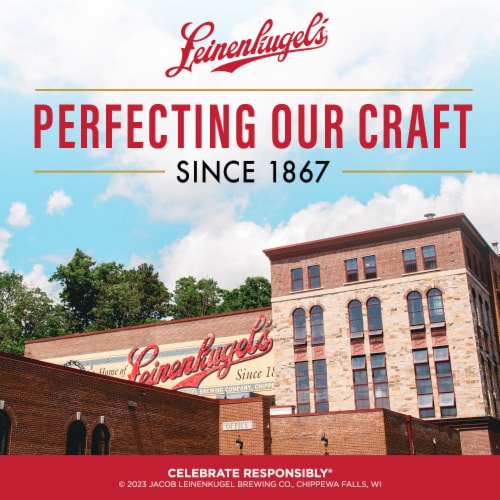 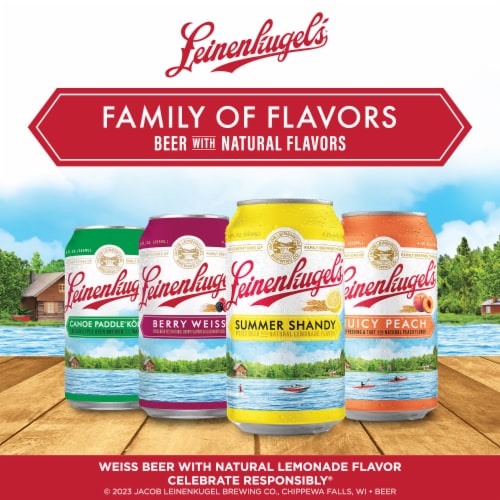 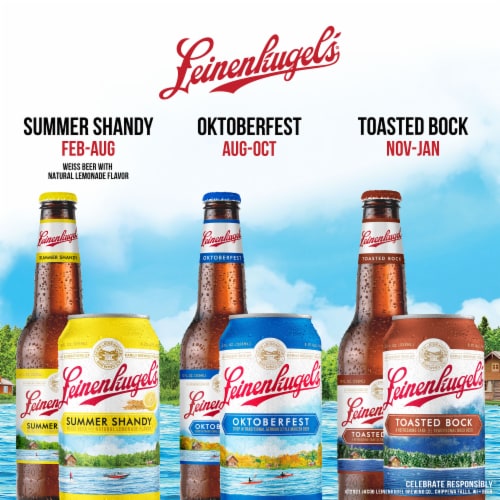 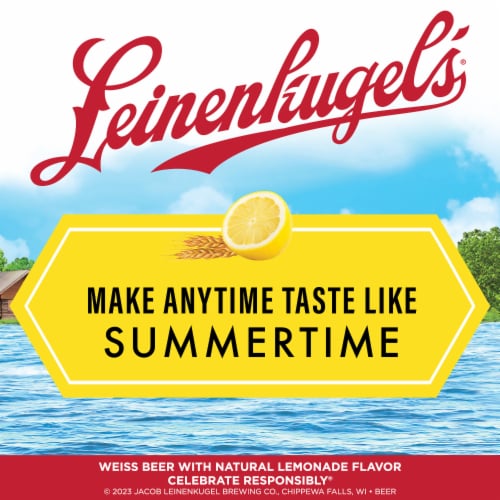 Leinenkugel's Summer Shandy Beer is a traditional Weiss beer with refreshing natural lemonade flavor. Delicious and refreshing, this lager beer has 4.2% ABV. Full of natural fruit and zesty lemon flavors, this wheat beer contains a light, crisp taste that’s perfect for cooling off on a hot day. This summer beer is a great choice for family barbecues, picnics at the park or holiday get-togethers. Leinenkugel's Summer Shandy craft beer is brewed as a traditional Weiss with lemonade flavor added for a wonderfully refreshing fruity taste. Pair this seasonal beer with barbecue chicken, fruit salads, watermelon, and fresh-caught grilled fish. The shandy was first introduced by Franz Kugler after a bicycle race in Munich in 1922. His tavern was overrun by thirsty cyclists, so he cut his German beer with lemonade and soda so they wouldn't run out. Leinenkugel Summer Shandy carries on that tradition to this day.

Nutrition Facts
6.0 Approximately servings per container
Serving size
Amount per serving
Calories136
% Daily value*
Sodium10mg
Total Carbohydrate12.5g
Sugar2g
Protein1.3g
*The % Daily Value (DV) tells you how much a nutrient in a serving of food contributes to a daily diet. 2,000 calories a day is used for general nutrition advice.

Allergen Info
Contains Wheat and Their Derivatives,Barley and Barley Products.