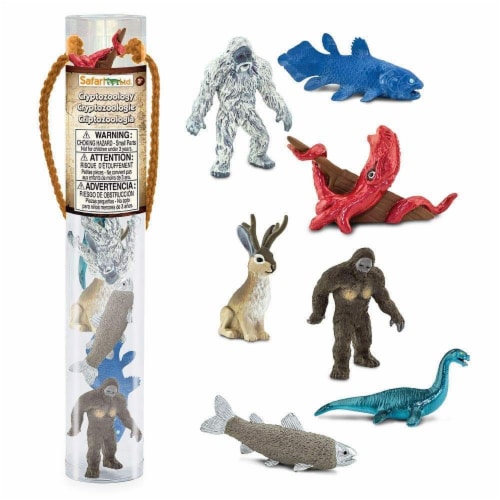 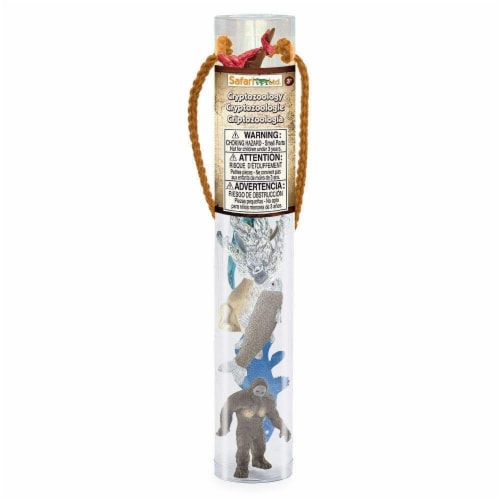 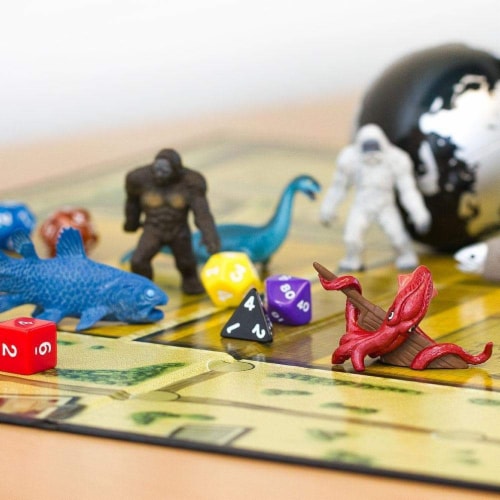 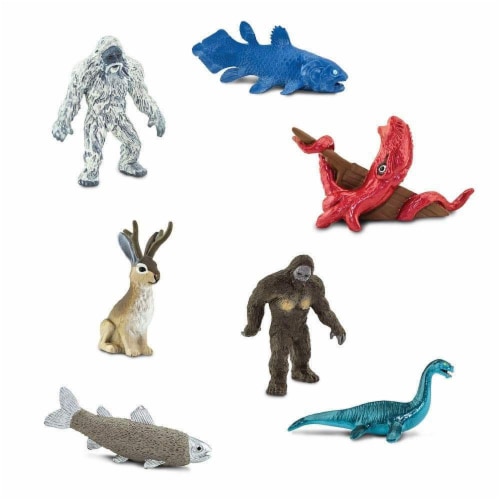 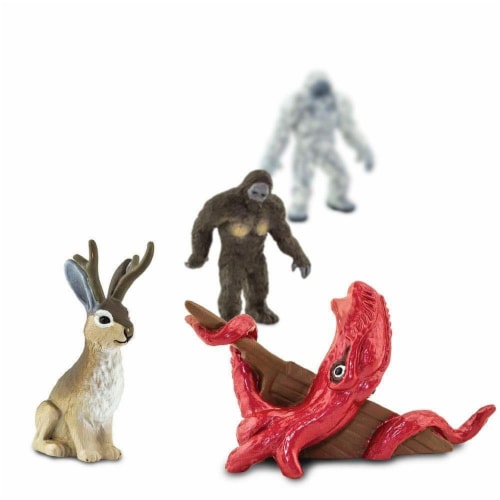 Attention mystery lovers! Legends, myths, and old stories have come together in our Cryptozoology Designer Toob. Including miniatures of the Yeti, Loch Ness Monster, Jackalope, Kraken, Furry Trout, Coelacanth, and Bigfoot, this Toob is perfect for those seeking the unknown! History: Cryptozoology is a study of animals or beings whose existence has not yet been scientifically proven. Often, creatures targeted by cryptozoologists are only known from legend or folklore, or sometimes witness sightings. Sometimes a cryptid will be an animal long thought extinct that is still reported in the wild. The Coelacanth was believed to be extinct until its rediscovery in 1938; it is living proof that you never truly know what may be discovered. Characteristics: This set includes 7 figures: a range of cryptids and creatures of folklore from around the world. From purely fictional creatures such as the Jackalope and Furry Trout, to those that have been proven a reality, like the deep-sea Coelacanth, long thought to be extinct. As for the Bigfoot, Yeti, Kraken, and Loch Ness Monster…who knows? Size:1.75 inches long, 1.75 inches wide, and 10.5 inches tall, this Designer Toob is a bit smaller than the size of a standard American ruler and contains 7 different figurines that range from 1.25 to 3.75 inches tall. All of our products are Non-toxic and BPA free 7 pieces per TOOB®. Contents Cannot Be Purchased Individually.