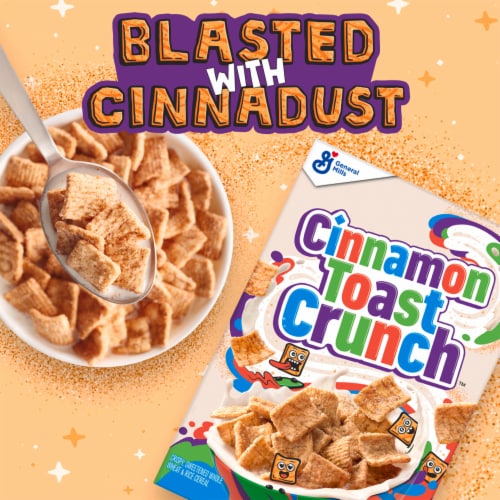 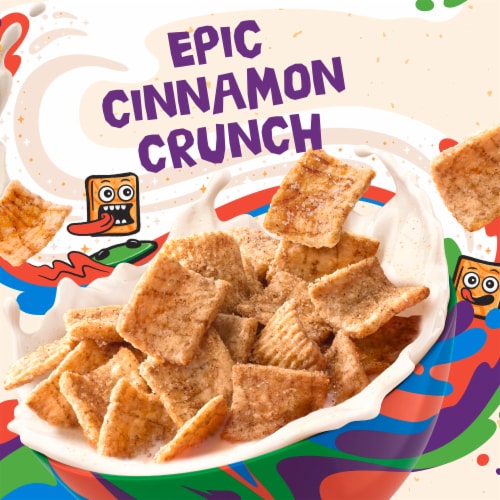 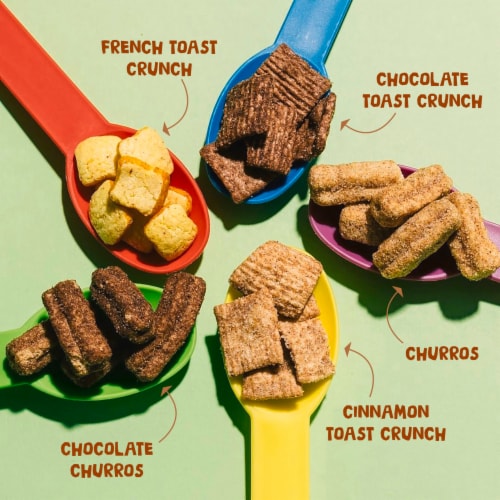 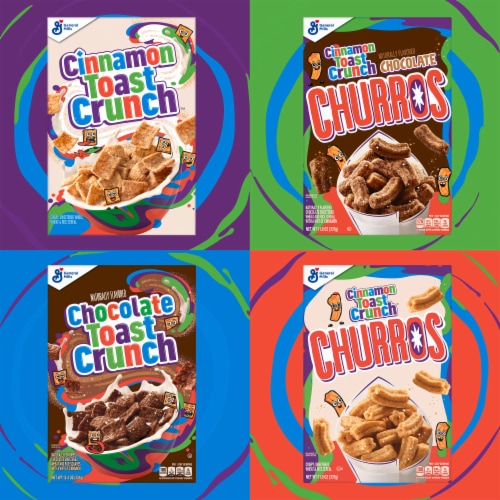 Cinnamon Toast Crunch cereal introduced the iconic cinnamon-sugar combination to breakfast bowls. It has quickly become a favorite cereal, featuring those crazy squares blasted with the epic cinnamon and sugar combination we call Cinnadust. Cinnamon Toast Crunch is all the fun and excitement of cinnamon and sugar in a box as a ready to eat breakfast—or breakfast on the go. Crunchy and delicious, Cinnamon Toast Crunch breakfast cereal is perfect for mealtime, snack time or whenever. Cinnamon Toast Crunch is made with whole grains (16g whole grain per serving; at least 48g recommended daily) and 12 vitamins and minerals, and it can be a part of a quick breakfast for kids and the whole family. It doesn't get more awesome than this. Just pour a bowl, splash on some milk and enjoy. And don’t forget to drink the Cinnamilk, the treasured milk found at the bottom of your cereal bowl. Enjoy by the bowlful, handful or forkful (hey, we don't judge). Pack this tasty cereal for on-the-go or serve it as an easy party snack.