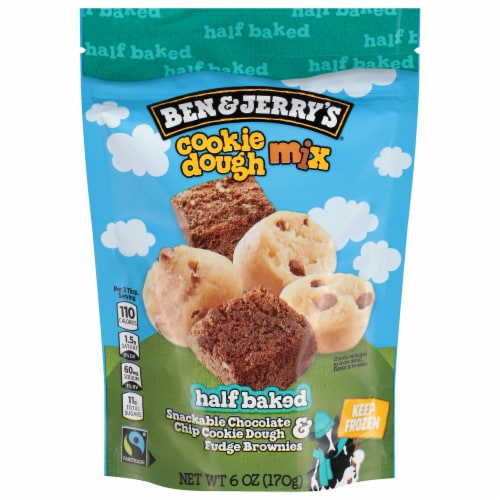 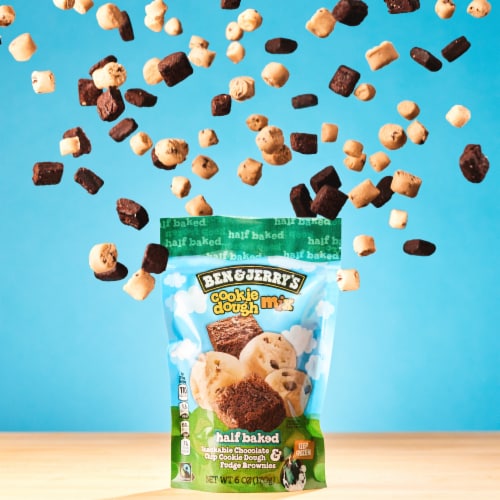 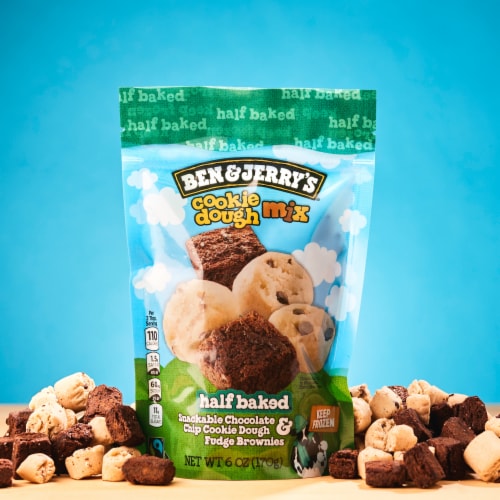 A mixture of snackable chocolate chip cookie dough chunks and fudge brownie chunks. It’s your favorite flavor, minus the ice cream and spoon. Just the chunks, just right for snacking. We know how it is when you dig in to a pint of Half Baked ice cream: You’re really just on a quest for chunk after chunk of cookie dough and fudge brownie. We get it. We’ll admit, we do it, too. Now we’ve made the quest a whole lot easier, by removing the ice cream altogether. (Don’t worry, the pints are still safe and sound in the freezer aisle.) Snack your heart out on nothing but cookie dough and fudge brownies. No bowl and spoon needed, just a love for euphoric munchies. Ever since we combined chocolate chip cookie dough and fudge brownies back in 2000, fans have been over the moon for the euphoric combo. Fun fact: Did you know that the name is a reference to the chunks, not a certain movie of the same name? The cookies are unbaked, and the brownies are baked — it’s literally half baked! Ben & Jerry's Half Baked Chunks are made with Fairtrade Certified sugar, cocoa, and vanilla and non-GMO sourced ingredients. Keep them in the freezer (with your pints!) until you’re ready to enjoy them.