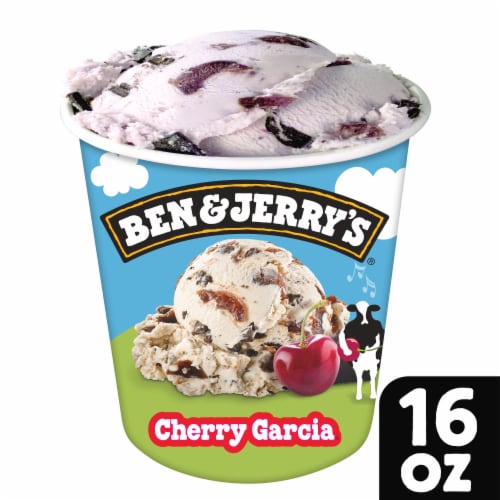 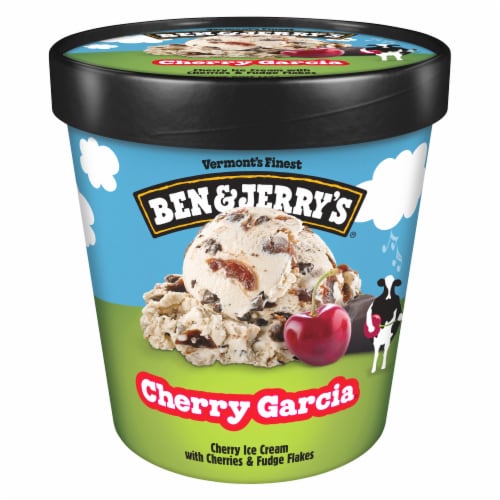 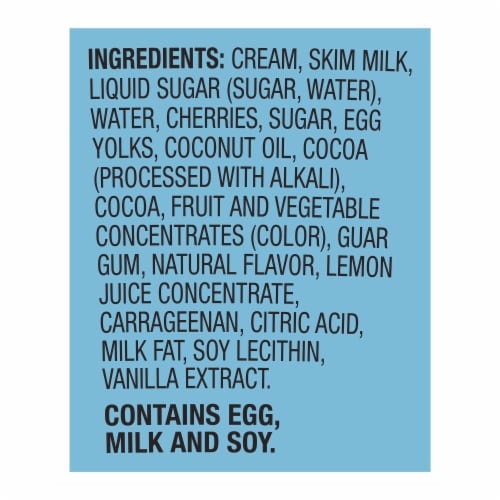 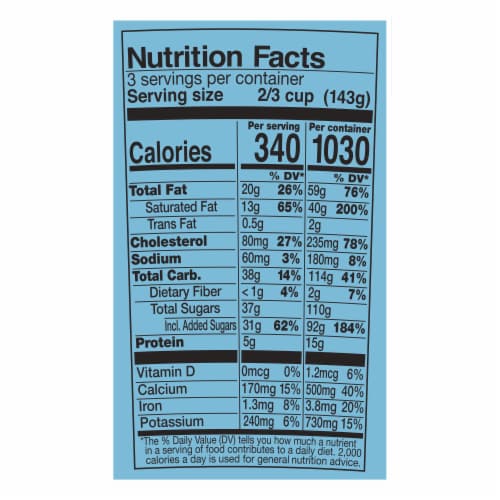 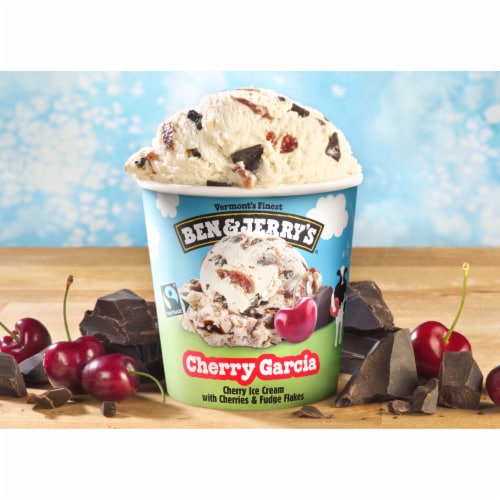 Ben & Jerry's Cherry ice cream with cherries and fudge flakes. It’s our tribute to guitarist Jerry Garcia and his fans everywhere, and it all started with a piece of fan mail. You see, back in the day, before smartphones and social media, our fans spoke to us via handwritten notes pinned to the bulletin boards at our Scoop Shops. It was sometime in 1986 when one such fan was persistent enough to mail a postcard to our main office in Burlington, Vermont. Super premium ice cream meets great guitar solos? It was genius, and Ben immediately began creating the iconic concoction. Cherry Garcia debuted in 1987 and quickly became one of our top three most popular flavors. In fact, the first eight ice cream pints went straight to Mr. Garcia himself and were met with two thumbs up! As for the fan who sent the anonymous postcard? Our sleuths found her and thanked her with a trip to Vermont and a year’s supply of Ben & Jerry’s ice cream.