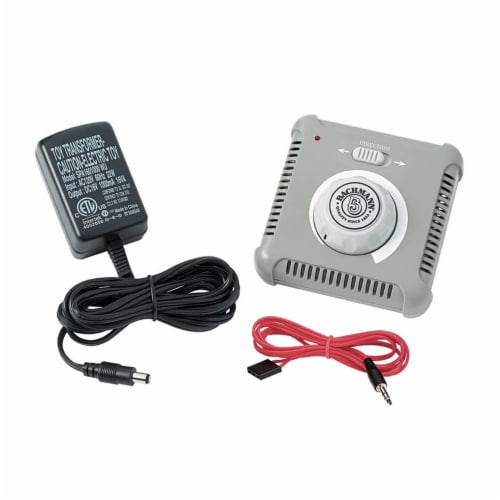 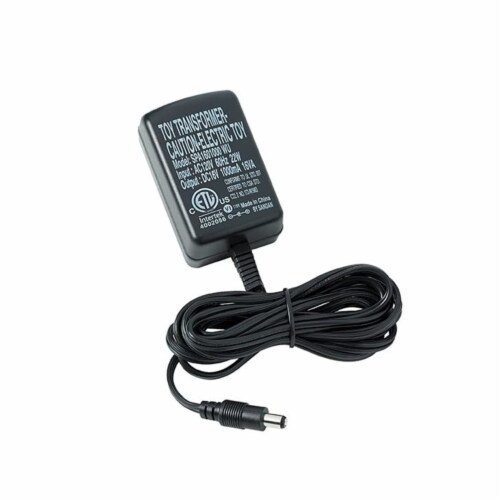 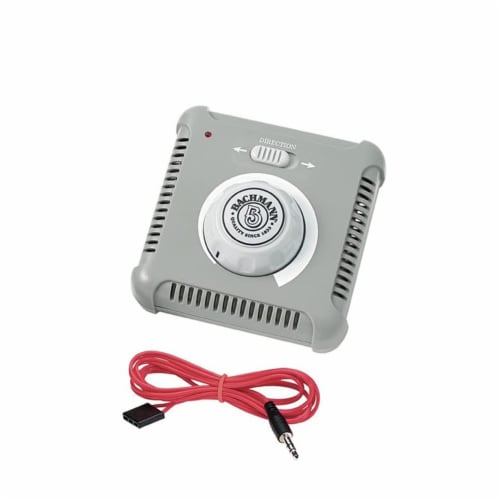 Bring your favorite model train to life! With the Bachmann Trains Large Scale Power Pack and Speed Controller, you can power your model train display and be able to control the direction and speed of you locomotives. This special set has both a 110-volt power pack and an easy-to-use controller. The controller has 2 easy to manipulate buttons that control the direction of your trains as well as the speed at which they are traveling the rails. This set is intended for large-scale tracks, including 45-millimeter sized tracks. Use it to power a powerful steam engine or a lightning-fast passenger train that is carrying your model citizens to their next destination. Set up is simple thanks to the clearly distinguishable chords included with each item. The power pack and controller are lightweight and have a small profile, so they are easy to store and transport. Powering your model train display doesn't have to be complicated. Control the speed and direction of your locomotives with the Bachmann Trains Large Scale Power Pack and Speed Controller.