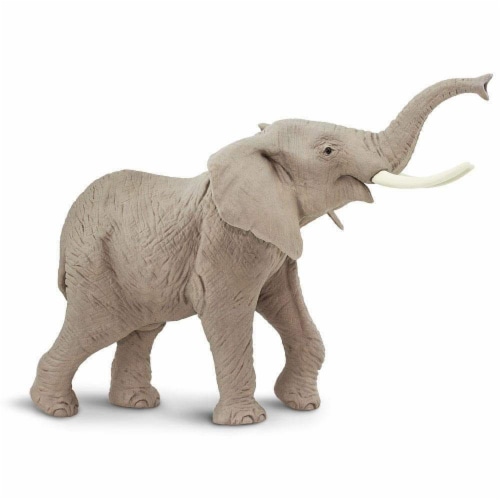 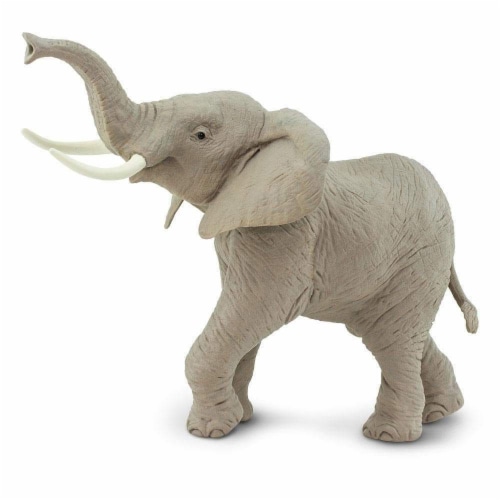 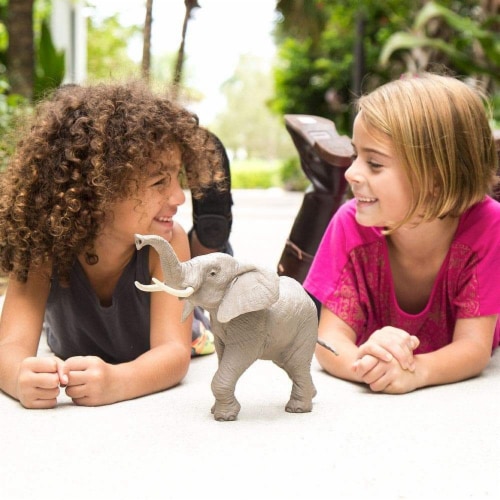 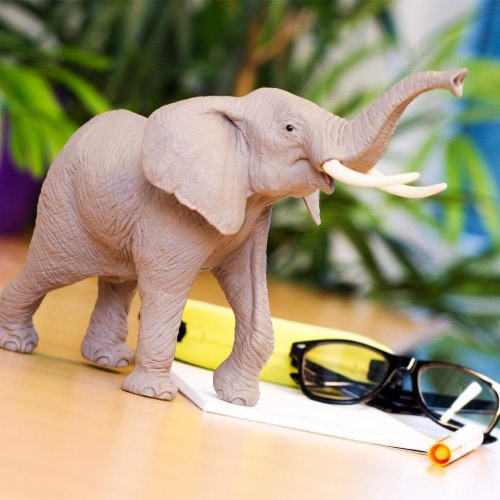 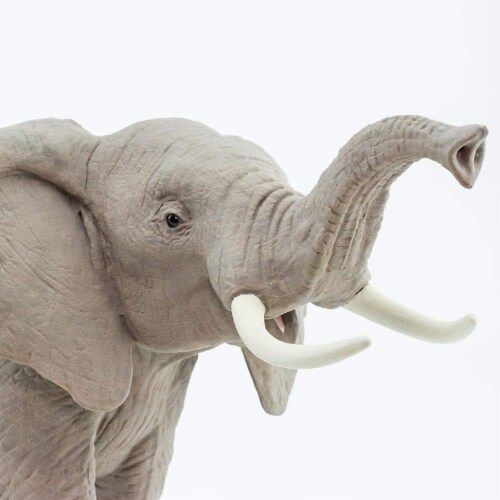 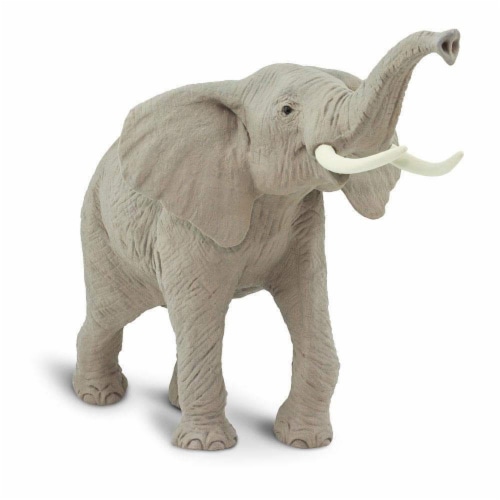 Although singularly referred to as the African Elephant, there are actually two species of elephants in Africa: the African bush elephant, and the smaller African forest elephant. Unlike their relatives from Asia, African elephants always have tusks and have larger ears. History: Sadly, both the African bush elephant and African forest elephant are considered vulnerable species. While many conservation preserves and methods have been established, wild elephants are suffering from a loss of their natural habitat and remain one of the most commonly illegally poached animals. However, recent attempts to curb poaching have had a strong effect, hopefully allowing elephant populations a chance at stabilizing and rebounding in the comings years. Scientific Name: Genus Loxodonta Characteristics: Complete with huge, floppy ears, massive ivory tusks, and a lengthy trunk, this figurine captures the essence of this wondrous mammal. Did you know that African elephant's ears are the same shape as the African continent? If you don't believe us, check out the ears on this true to life African Elephant toy model! Size: At 11.7 inches long, 5.85 inches wide, and 8.4 inches tall, this African Elephant toy is about as long as a standard American ruler, a touch shorter than the length of a dollar bill, and a bit taller than the width of a legal sized piece of paper. The African Elephant is part of the Wild Wildlife collection. All of our products are Non-toxic and BPA free.