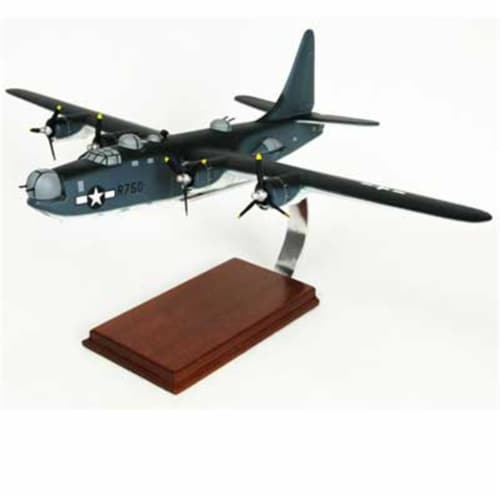 During World War II the United States Navy (USN) acquired unmodified B-24 Liberator aircraft used under the name PB4Y-1 Liberator due to the need for longer ranges and increased use of land-based types particularly for Arctic and other northern wintertime operations. While the type has performed very well for the USN as a maritime patrol plane it was originally designed for the US Army Air Corps. In 1943 a decision was made to GnavalizeG the aircraft as a dedicated long-range patrol bomber. Three B-24s were taken off the assembly line and were reconfigured with longer fuselages increased defensive armament modified engine cowlings and a distinctive single vertical tail. The resulting aircraft was the dedicated long-range patrol bomber PB4Y-2 Privateer designed to operate for long times over water in an anti-shipping or anti-submarine role. The Navy took 739 planes though few reached front line service by Victory Over Japan Day. The PB4Y-2 was delivered to Navy squadrons beginning in May 1944 and taken into Pacific theater combat operations in January 1945 gradually replacing the Liberator. While serving in the Korean War the Privateer earned the nickname GLamp LighterG for its role of dropping parachute flares in GFireflyG missions. Recipe for a Privateer: Take one B-24 replace the twin tails with a high single fin extend the fuselage 7 ft and add a crew of 11. Spice it with Martin dorsal turrets Erco nose turrets and waist blisters.